Monny Italian Gelato is a family business run by Giuseppe and Cecilia Reggibile who create delicious, fresh gelato every day on the premises.

The Italian couple make a wide range of flavours using high quality ingredients and also create bespoke homemade gelato cakes which are perfect for birthdays and other celebrations.

The Gelateria, which has tables both inside and outside, also serves coffee, cakes and croissants – and customers are guaranteed to receive a warm welcome from the owners and their assistant Linda Carmignani.

Giuseppe says: “We’re pleased to be able to give the people of Stirling a taste of real Italian gelato and sorbet. Making gelato has been our passion for over 40 years now and we’re excited to be starting a new adventure here.”

The Reggibiles ran an ice cream business in Italy before moving to Scotland in 2015 with aim of bringing their delicious gelato to a new audience. They opened a shop in Edinburgh’s Portobello which quickly became popular and well-loved by the local community.

But they were forced to close in February this year after being hard hit by lockdown restrictions. Edinburgh’s loss is Stirling’s gain, however, after the couple decided to move to the city for a fresh start and opened Monny’s at the King Street end of the Arcade in July.

Cecilia says: “We were looking for a place to start again and Stirling seemed perfect. We’re enjoying being here and we had a very proud moment recently when I had the chance to make our first Stirling gelato birthday cake! It was a raspberry and dark chocolate cake which seemed to be very much appreciated by those who ate it.

“We’ve also been happy to see some of our old Edinburgh customers who have come through to visit us and taste the gelato they’ve been missing!”

The couple took over the shop, which was formerly Brooklyn Kitchens that moved to a bigger retail unit, in April and revamped it before opening in early July.

They chose the name Monny, which means little man in German, because it was a nickname given to a relative of Giuseppe who made fantastic ice cream.

The Gelateria offers a wide range of flavours in both its gelato and sorbets – from the traditional and classic to more unusual and exotic options.

The products are all made without preservatives, additives or colourants and dairy free and gluten free options are available on many gelato flavours while the sorbet is dairy free and suitable for vegans.

The couple can turn their hand to around 40 flavours which they rotate through the week with 16 different gelato and sorbets to choose from every day. These include Ruby Chocolate, Monny’s Fantasy (featuring hazelnut and amaretto), Trifle, Banana and Malaga (rum and raisin) plus lovely sorbets including Lemon, Mango, Strawberry and Blackcurrant.

You can buy a cone or tub to eat in the shop or in the sunshine and they also sell larger portions to take home for the freezer.

There are three tables inside and two outside for people to sit and enjoy their ice cream and Monny’s also serves coffees, milkshakes, iced coffee, hot chocolate, fruit juices and soft drinks.

There are also breakfast options such as brioche con gelato and cornetti – an Italian version of French croissants – to enjoy with a cup of coffee.

Or why not try a slice of gelato cake or another treat such as homemade brownies and cinnamon swirls which can be served with a scoop of gelato or whipped cream. 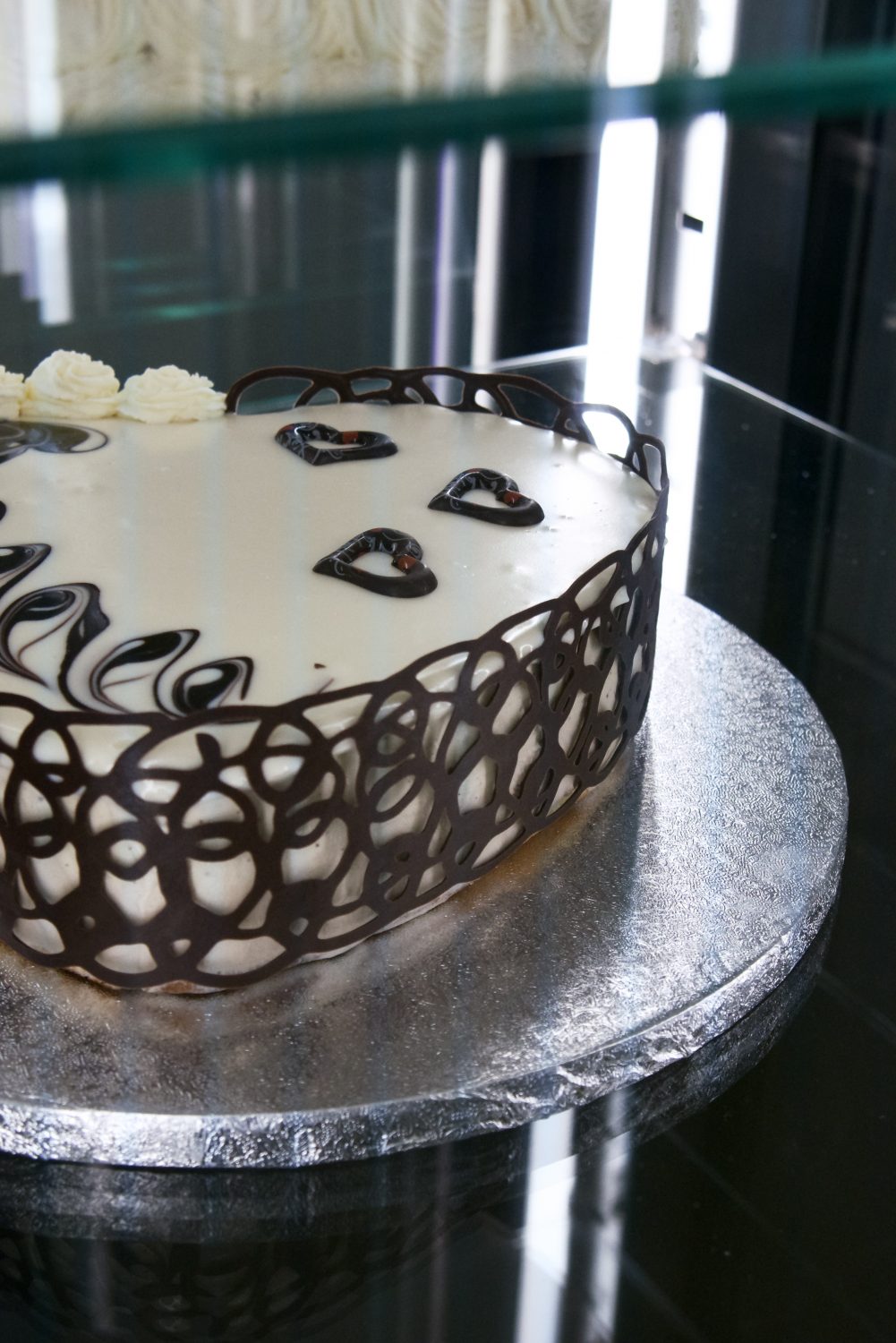 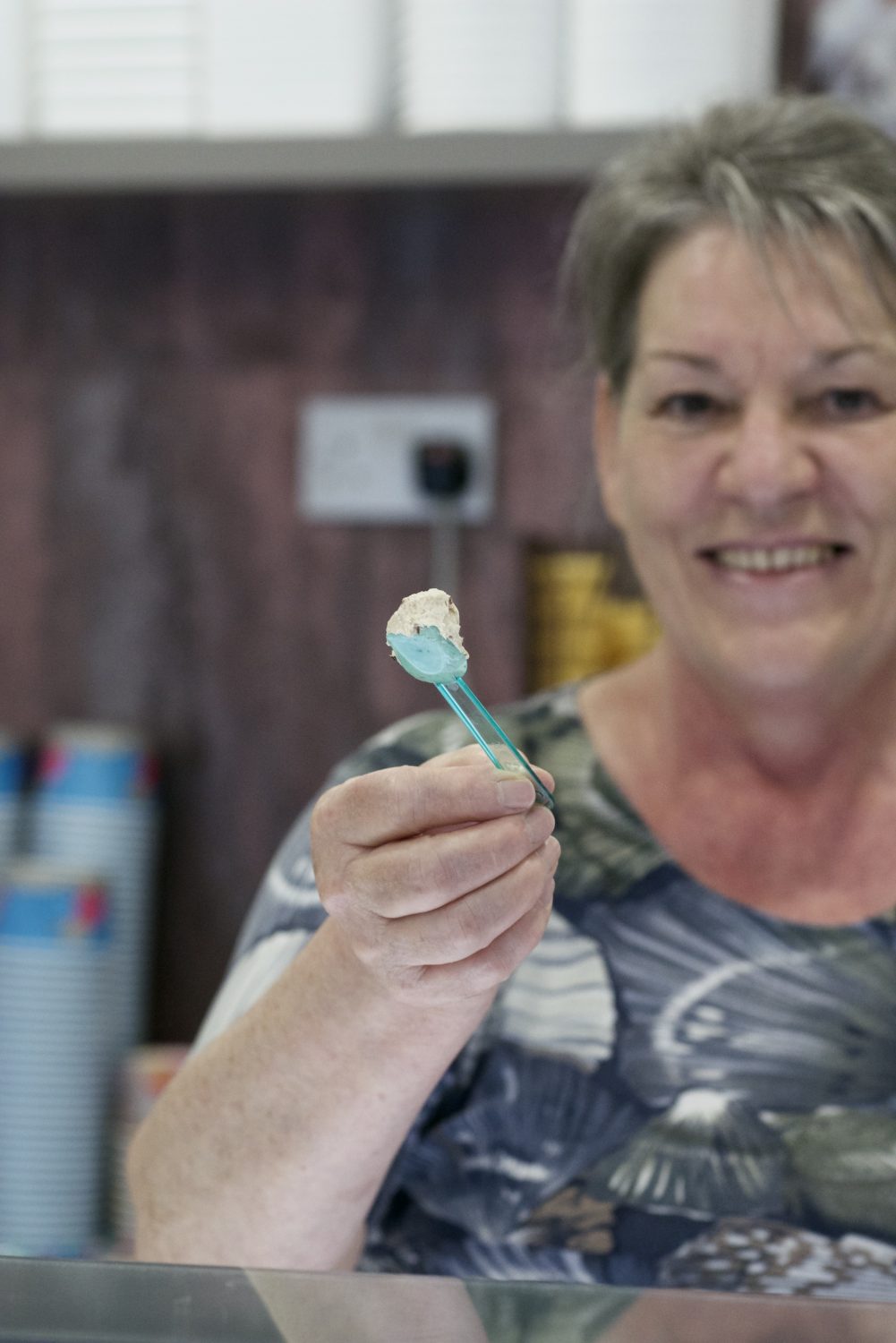 The shop is certainly proving a hit with locals who have left glowing reviews on the Facebook page. One recent happy customer writes: “Fantastic gelato and cakes. Nice friendly helpful service. Highly recommend,” while another says: “Would 100% recommend! Linda who served us was lovely and our gelato was so tasty! We will defo be coming back.”

Monny’s can also supply local restaurants and other businesses with their sorbets, gelato and gelato cakes. Giuseppe says: “Monny’s are happy to supply restaurants, shops and hotels with our gelato. And the best bit is we can work together to create unique and amazing flavours just for you and your customers.

“Or if you would prefer to stick with our traditional flavours, we can supply these too. At Monny’s we offer seasonal flavours to keep our range topical and have over 30 flavours for you to choose from.”

Monny’s is based at 38, The Arcade and is open seven days a week from 10am until 5pm.

More details about the shop – and photos of the tempting gelato, sorbet and homemade cakes on offer – can be found on the Facebook page – www.facebook.com/monnyicecream/ and on Instagram – www.instagram.com/monny_stirling/

Find out where else in Stirling you can get ice cream in this post.