Chester’s Coffee House offers an oasis of calm and a friendly atmosphere in the heart of Stirling.

Coffee-lovers can sit and watch the world go by as they enjoy a drink in either the indoor or outdoor seating areas and are guaranteed to receive a warm welcome from owner Hilbert Krikken and his team.

Hilbert opened Chester’s in October 2019 after refurbishing the premises at 3, King Street.
It is his second coffee shop and like the original Chester’s, which was based in Perth, is named after a former family pet – chocolate Labrador Chester.

The artisan café serves a range of drinks including quality coffees, some ground and roasted in-house, and has a food menu which includes toasties, scones, pastries and bacon rolls. And if you want to savour the taste of Chester’s own brand coffee at home, there are three flavours which can be purchased via the website – www.chesters.coffee 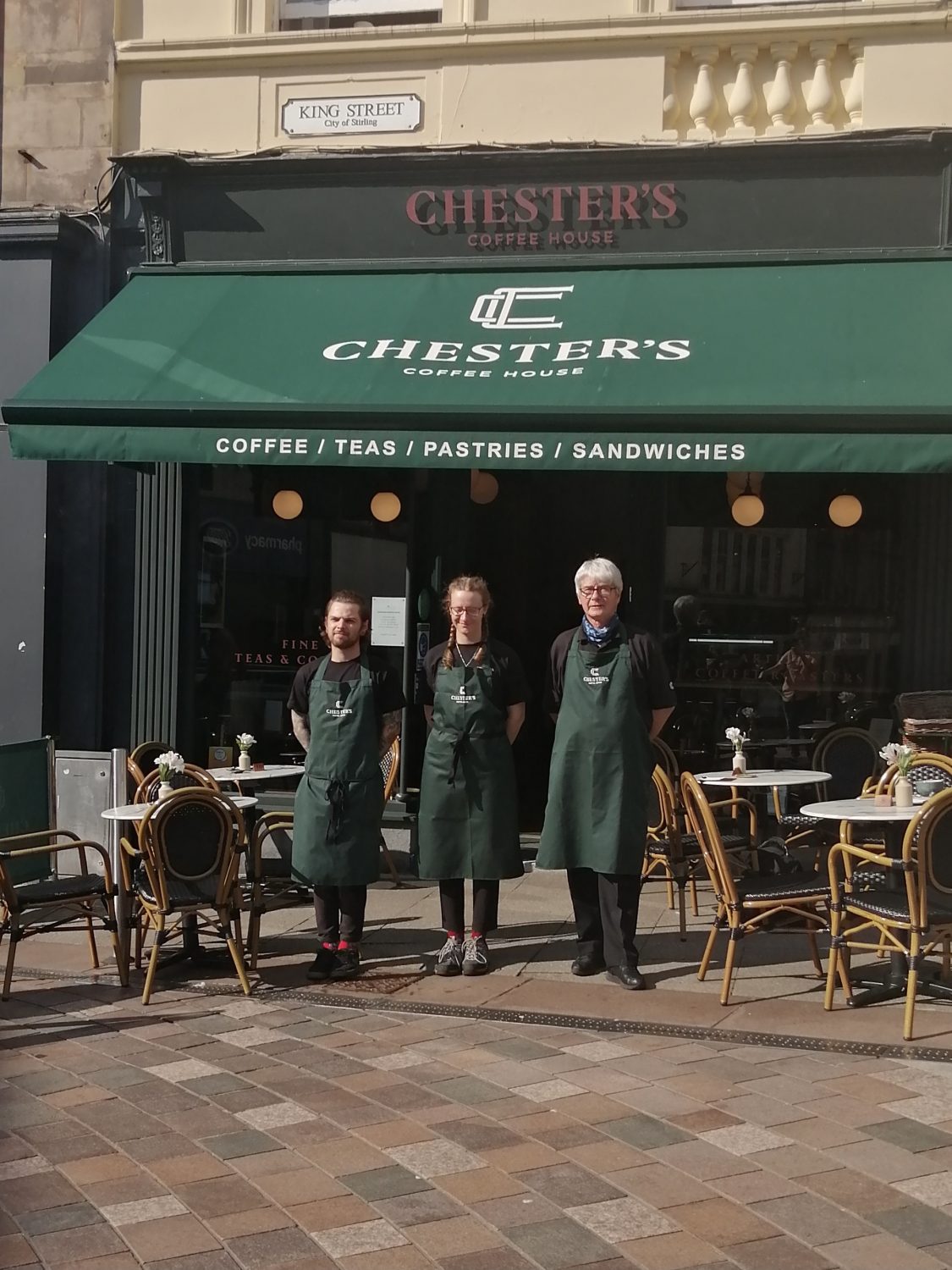 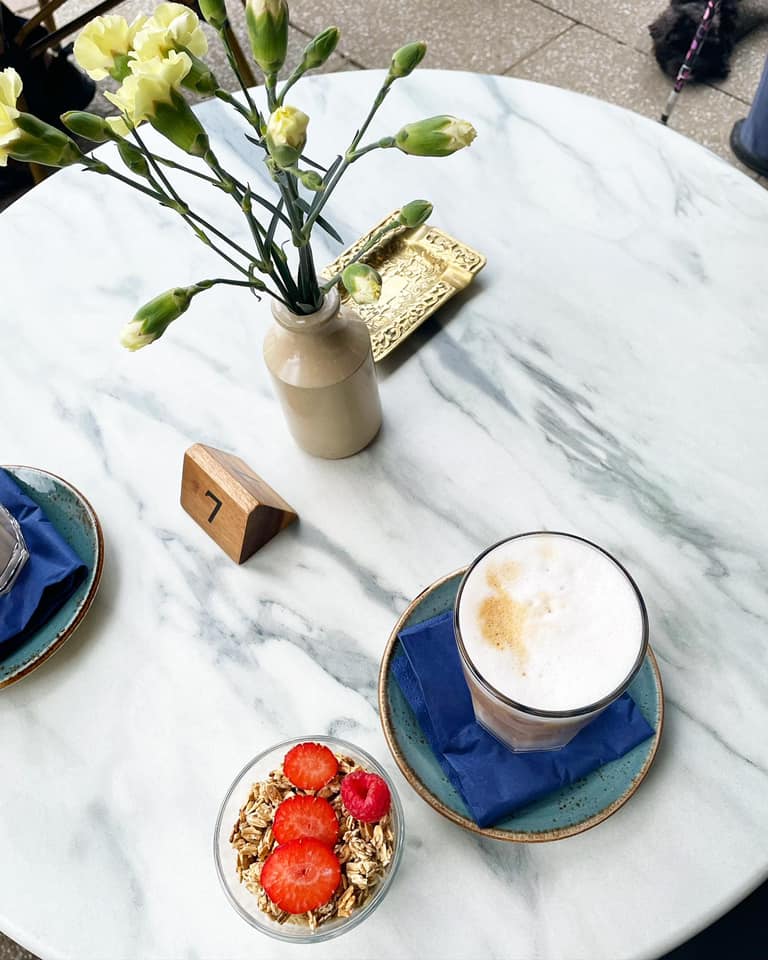 Hilbert is a former engineer who has worked all over the world, including Europe, South Africa, India and the Middle East, and always dreamed of opening his own coffee shop. He says: “It’s something I always wanted to do and after returning home, I decided it was time to go for it and we opened the first shop in Perth four years ago. We established the Chester’s name there which came from a family pet we owned while living in South Africa.

We had a lovely chocolate Labrador but gave him to a family friend when we moved to Saudi Arabia to avoid him having to go into quarantine for months. We looked at different names for the shop and really liked Chester’s and it seems to have worked well.”

After running the café in Perth (which closed in 2020) for a few years, Hilbert took the opportunity to expand and move into Stirling’s King Street at premises previously used by Made in Stirling and House of Blinds.

Hilbert, who lives in Stirling, says: “I was always keen to open a café here as I have a good feeling for the city and it’s a great location with good footfall. We applied for change of use and then stripped back and refurbished the whole place. I’ve travelled the world and wanted a bit of a continental style with outside furniture and the feeling that you could be anywhere – that’s what we were looking for.”

Chester’s certainly has a unique style which is enhanced by the replica of an old delivery bike with a traditional basket that sits outside the shop and provides an unusual talking point.
Hilbert says: “Opening the Stirling shop has been a great experience and I absolutely love running it – I really enjoy meeting people and am always ready for a chat with customers. We have lots of regulars who come in and sit and chat and that’s what we are all about.

I’m also very interested in listening to customers’ feedback and that’s how we came up with our simple menu which is what people wanted as their main focus is the coffee.”

Hilbert makes his own coffee, which is sold in the shop alongside other brands, and picked up his roasting skills while working abroad. He says: “I lived in the Middle East for a long time where I learned a lot about roasting coffee from Arab friends who were coffee connoisseurs and began making my own coffee beans through trial and error. We get lots of compliments about our own coffees and the house roast is the most popular.”

The shop began selling packs of its coffee online via the website during the most recent lockdown and the café, which also offers takeaways, reopened fully to customers in mid-April. Hilbert says: “We’ve been back open properly for about two months now and I feel like we’ve just continued from where we left off. All our customers have been coming back in and we’ve had fantastic support from local people which is great and exactly what we need.”

Chester’s Coffee House is based at 3 King Street and is open seven days a week – Monday to Saturday from 9am until 5pm and Sundays from 10am until 4pm.

More details about the café, which is dog friendly, can be found on the Facebook page – www.facebook.com/ChestersCoffeeHouse and on Instagram – www.instagram.com/chesters_coffee_house 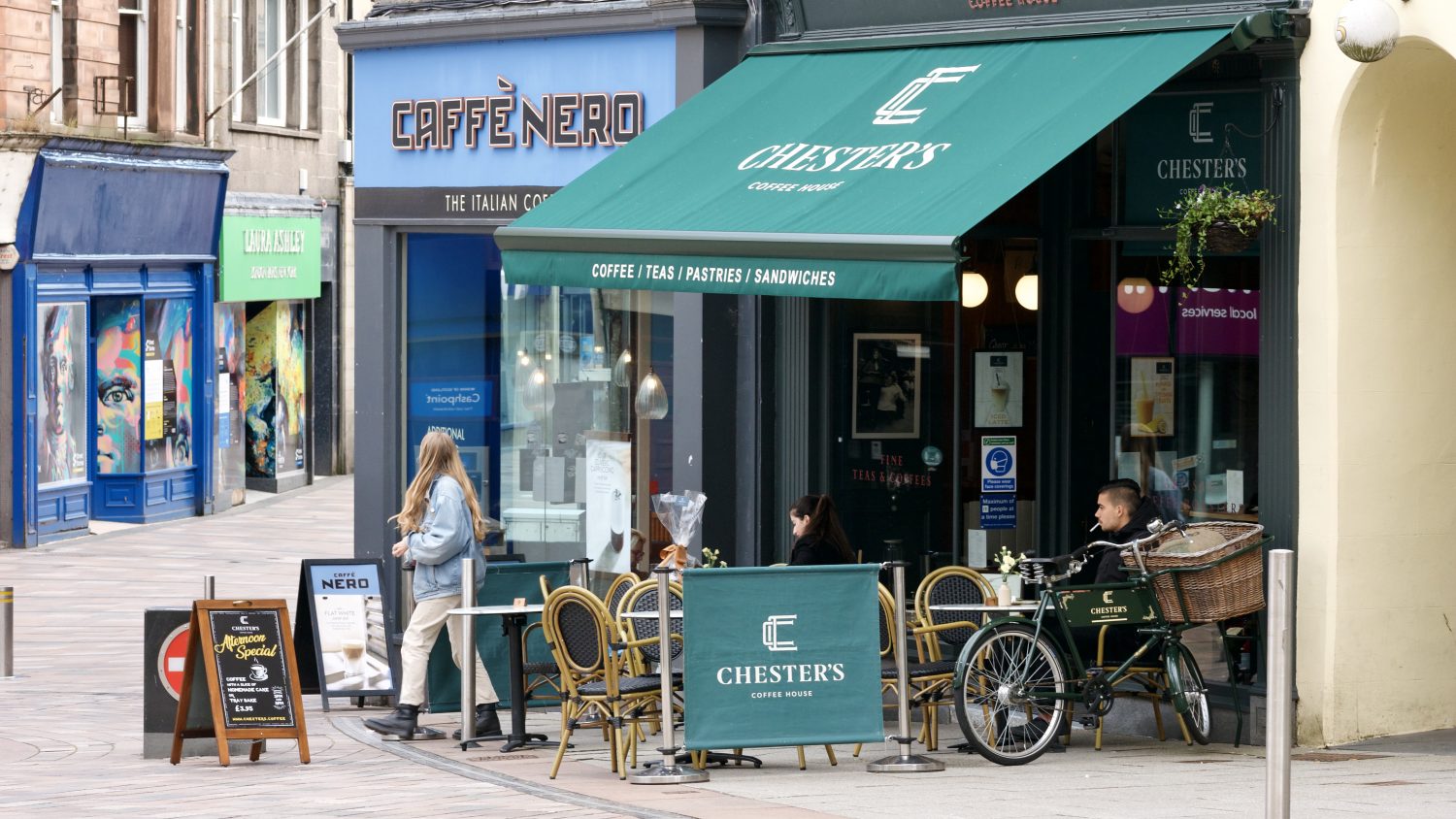