The eatery, which serves delicious homemade Italian cuisine, is run by Ricky Borghi and his mother Flavia Tassara. Ricky, who is originally from Rapallo, Genova in Northern Italy, looks after the customers while Flavia is the chef.

Their menu features a range of mouthwatering dishes including filled focaccia, lasagne, meatballs, soup and pizza plus tasty sweet treats such as tiramisu, panna cotta, apple tart and chocolate torte.

And business has been steady since Bella Zena opened its doors at the King Street end of Stirling Arcade in mid-September. Ricky is enjoying running his first Scottish business and has settled into Stirling well after moving here last November.

He says: “I was looking for a new challenge and decided to move away from Italy and start a new adventure in Scotland where my mum has been living for many years.” 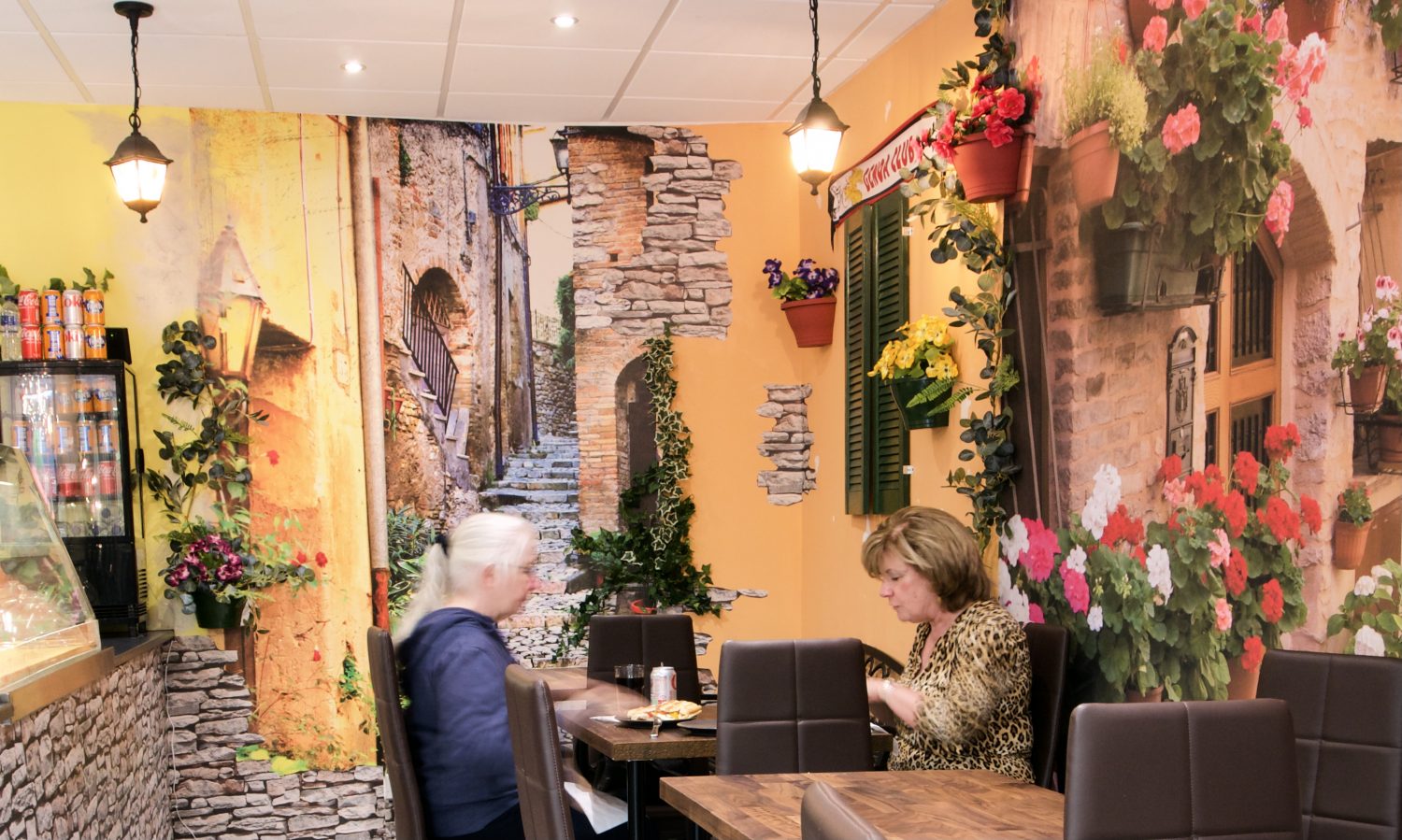 Flavia grew to know and love Scotland and its people after meeting football fans when the Scottish side qualified for the World Cup in Italy back in 1990.

Ricky says: “My mum met members of the Tartan Army in her hometown when they came over for Italy 1990. “Some of them ended up being friends who became pen pals and she visited Scotland several times for holidays and really connected with the place.”

Flavia relocated to Scotland, living in Edinburgh initially, and Ricky visited on various occasions before deciding to move over here too to live in Stirling. He has a successful background in hospitality and worked in different cafes and restaurants, as well as running his own bar, in Italy before deciding to open a café in Stirling with his mum.

He says: “She’s a talented home cook and our aim is to cook as if we’ve got family and friends coming to dinner. We experiment with different family recipes and want to give our customers a real taste of authentic Italian food.” 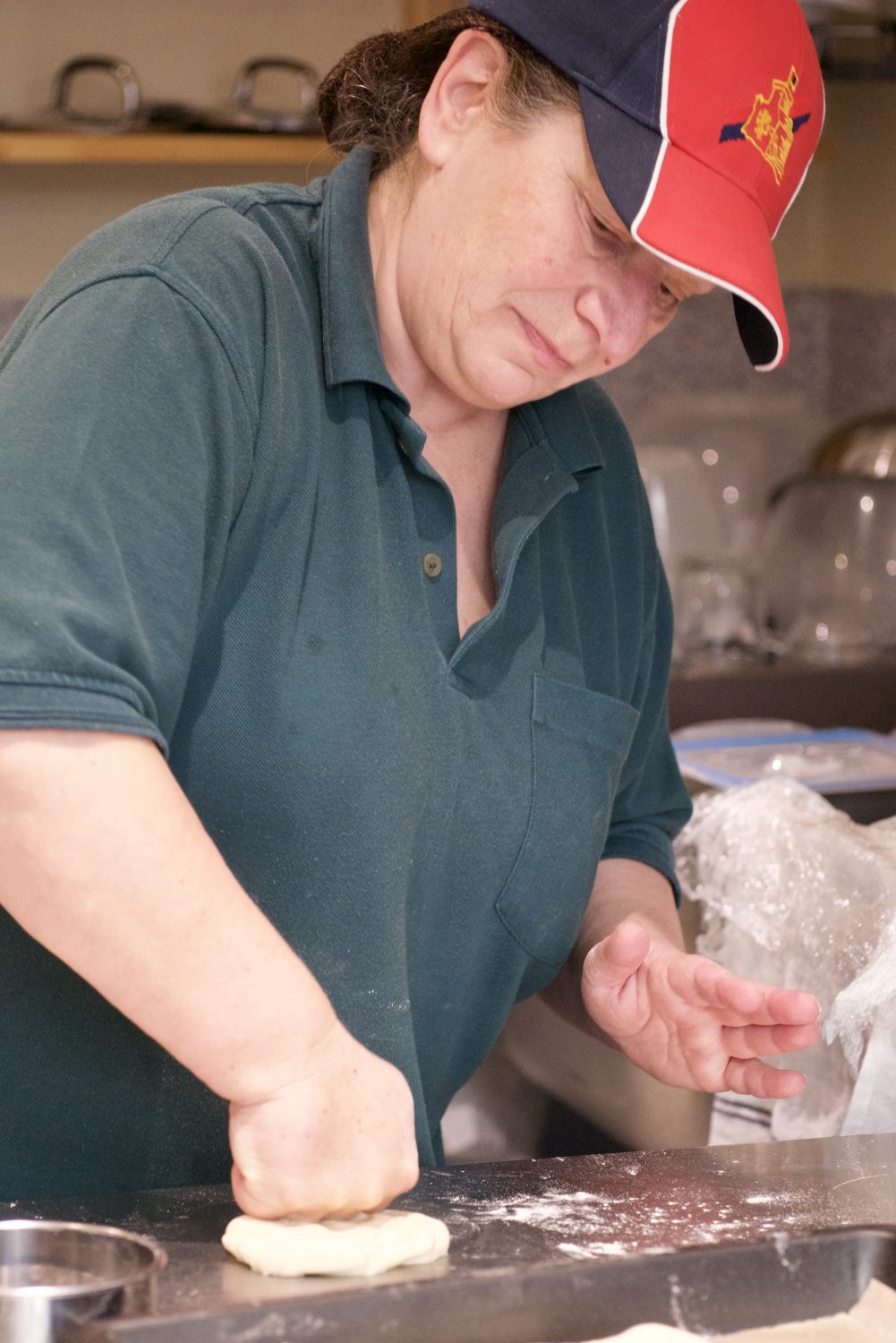 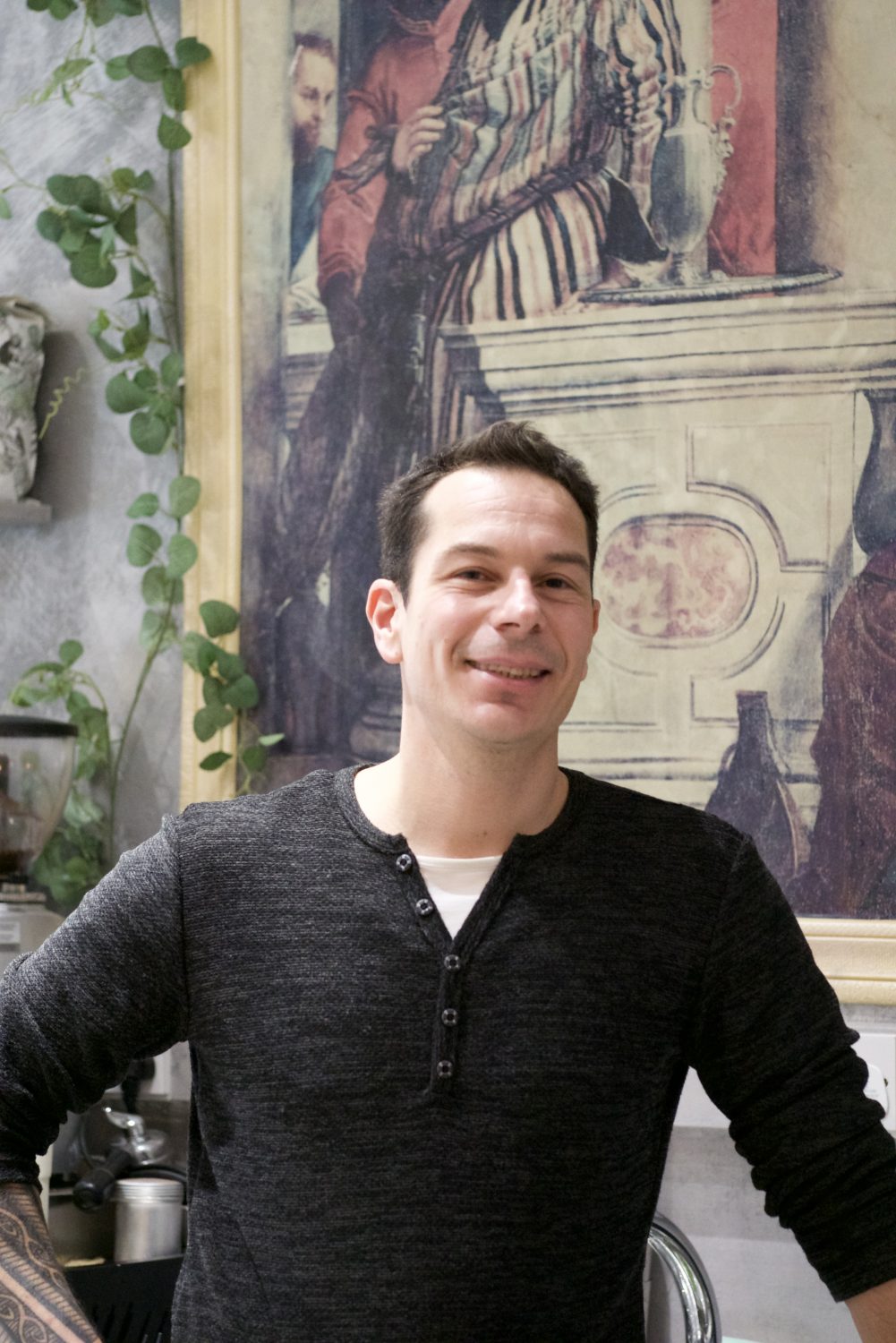 After searching for a base for the new business, Ricky was pleased to discover the empty unit – number 29 – in the Arcade which he thought would be perfect for a café.

He and his wife Mila transformed the unit with colourful wall murals featuring Italian scenes and turned it into the warm and friendly café which now welcomes customers daily for hot drinks and home-cooked meals.

He says: “We just loved the Arcade and thought the empty shop was ideal as there used to be a café here previously so we knew that all the services we needed would be in place. We transformed the place ourselves and used wallpaper depicting scenes from Italy to give people a real sense of the country. We wanted to bring a taste of Italy into the heart of Stirling.”

And Ricky’s customers, many of whom are Italian themselves, have been enjoying delicious Italian dishes amid a friendly atmosphere since the café launched on September 14. 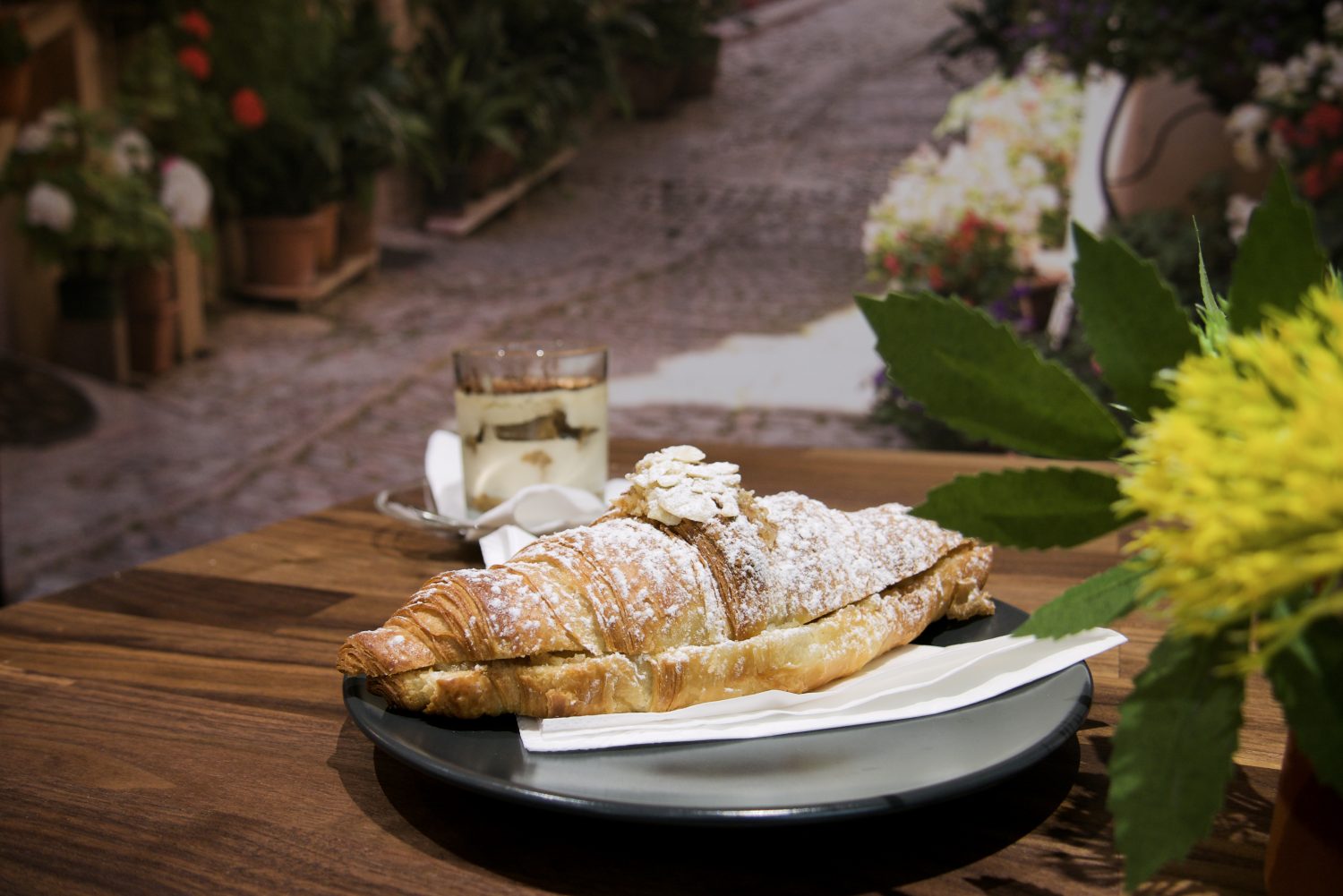 Bella Zena – whose name means Beautiful Genova in Italian dialect – opens daily at 930am with coffees, croissants and more on offer before the lunch menu begins featuring traditional cuisine such as spaghetti with pesto sauce and oven-roasted vegetables.

Customers often pop in for tea and cake or biscuits in the afternoon with a host of treats, including gluten-free tarts and biscuits, available. Bella Zena also provides dishes, such as lasagne and tiramisu, to takeaway while customers who are sitting in for lunch can bring their own bottle of wine with no corkage charge.

In addition to the inside seating, the café also has an outdoor area in the Arcade which can take up to 14 customers. Ricky says: “Everything is going well so far and I’m really enjoying getting to know our amazing customers. People have been very welcoming to us and I love connecting and interacting with them.

“We’re aiming for a friendly family atmosphere where everyone is welcome to come in and chat and enjoy some original Italian food. And in the future, I’m thinking we may add some Russian dishes, like borscht, as my wife is from Russia and I think that might be a nice touch to bring to the café.”

Bella Zena is open daily from 9.30am until 5.30pm. More details about the eatery and photos of the fabulous food can be found on the Facebook page –www.facebook.com/Bella-Zena-104065631950866 –
and on Instagram – www.instagram.com/bellazena_beautifulgenova/